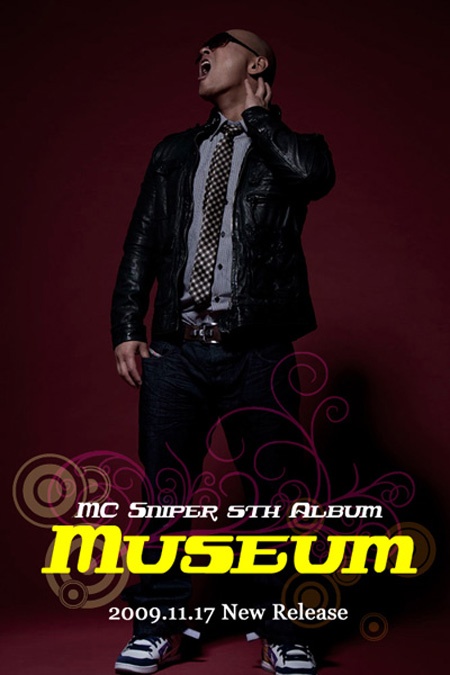 Hip-hop artist MC Sniper is set to make his return to the public spotlight on November 17th with his upcoming 5th album, “Museum.” The album is confirmed to have 14 tracks and will feature fellow SniperSounds/Buddha Baby artists such as Outsider, BK, and Mr. room9. Each track is self-produced and written by MC Sniper himself and will have his trademark orchestral sound throughout the LP.

MC Sniper’s previous solo album, “How Bad Do You Want It” was released back in 2007. It spawned several singles including ‘Where Am I’ , ‘Better Than Yesterday’ and ‘Come Unto Spring (ft. Yuri).’ Since then, 2009 has been a busy year for him. The release of SniperSounds’ first compilation album “One Nation,” in addition to Outsider’s commercially successful album “Maestro” has helped the label achieve more mainstream exposure.

After promotional activities for “Maestro” stopped, Outsider once again collaborated with MC Sniper and Horan (from Clazziquai) for the “Hwantastic Project” compilation album. The trio released their digital single, ‘Heartache’ (aka ‘Heart Disease’) in September.

Clazziquai Project
Horan
MC Sniper
Outsider
How does this article make you feel?