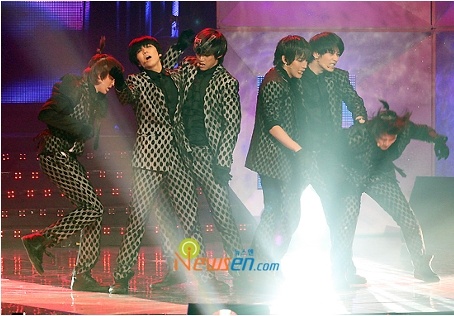 2PM had their comeback stage as 6 members after JaeBum left the group previously in September.

They performed as 6 members officially for their
comeback on Mnet’s ‘O Good Concert’ on November 12, performing 2 songs
‘I Hate You’ and ‘Heartbeat’. They showed their upgraded features
through their powerful comeback performances.

The boys also told reporters before their performance, “We really
have confidence with this title song ‘Heartbeat’. We are not saying
that we are confident the song will get #1 but we meant to show the
performance with confidence on stage since we have worked hard to
prepare for it.”