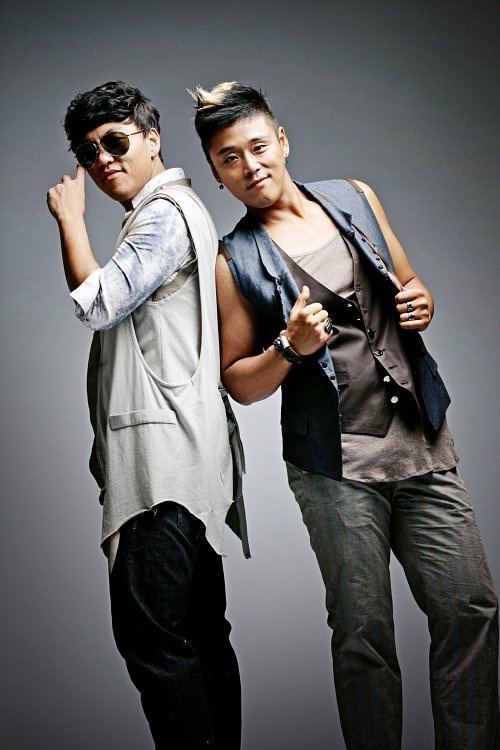 Artist of the week – OneTwo

BIOGRAPHY
For this week’s featured artist we have OneTwo, the first hip hop group under JYP Entertainment. Many do not know that this duo was scouted by Park Jin Young himself. The two members of this group are Ho Bum and Chang Hoon and are talented in both singing and dancing. Because of that they look similar to another dance duo, Clon.

Both of them not new in the industry. Chang Hoon had started since 1995 when he joined a dance group, Check, and then become a duo with female singer Kim Joon Hee. Meanwhile Ho Bum, debuted in another dance trio in 1996 called Scream which ended up separating after their first album. They met each other through Koo Joon Yeop and they become good friends.

They released new album together in 2003 with the song “Here, Hips!”. The song become popular due to that the music video featured JYP artists at that time JYP, god and Rain. After they finished the contracts with JYP they released their second album with the song “Memories”.

After that were quiet for a couple of years and would finally a make comeback in 2008 with few digital singles. In their new singles, they worked together with many artists such as Seo In Young, Kim Chang Ryeol, Narsha and MC Mong.

This year, OneTwo has released two singles so far, “Starry Night” and “Bad Woman 2” in which they worked again with Seo In Young. Now that they have started to perform, their new singles are gaining popularity.

Artist Of The Week
OneTwo
How does this article make you feel?