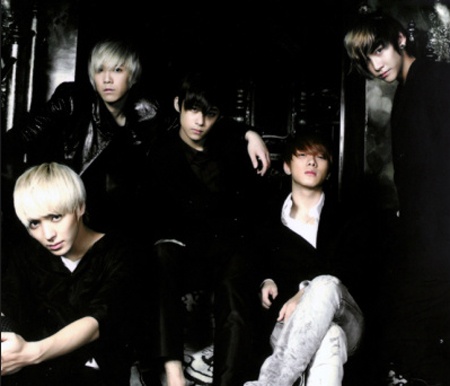 FT Island will give their fans a New Year gift as the boys will pay
a visit to their fans via their ASIA Tour. In 2 months period of
January until February the boys will start touring in Asia. They will
start from Japan, Thailand,Taiwan, Hong Kong, Philippines and Singapore.

There is much anticipation as it has been reported that the FT Island concert tickets in Taiwan (with 3000 seats) are sold out!

According to FT Island company F & C Music, “One of the reason
of the good response(sold out tickets) is because of Lee
HongKi’s recent drama “You’re Beautiful”. And this is such a good start
for FT Island’s ASIA Tour!”

FT Island will hold a show in Tokyo on December 23rd. And, for their
next year Asia Tour, they will start their tour by performing again in Tokyo-Japan on January 20, 2010, then continues on to Bangkok-Thailand
on February 6, whilst on February 27 they will do their Taiwan’s
Concert. As for Hong Kong and Philippines (held in Manila) schedule is
said to be held on February as well.