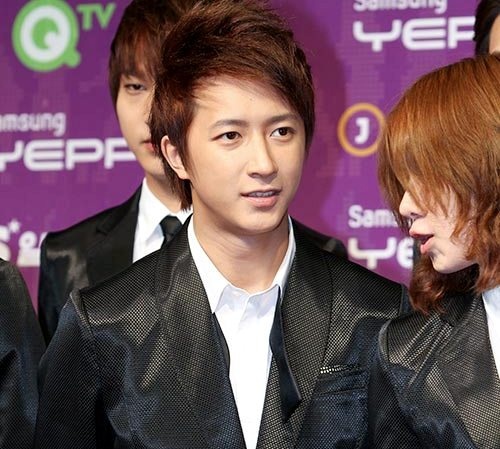 HanKyung’s Reasons For Filing A Lawsuit Against SM Entertainment?

Hankyung, Super Junior’s only
Chinese member in the 13 member group, has filed a lawsuit against the exclusive contract with the defendant SM Entertainment
because of their unfair activity scheduling which has caused him
gastritis and kidney illness.

Through Hankyung’s legal representative, the lawsuit to terminate his exclusive contract was filed on the 21st with the Seoul District Court.

According to the litigation, Hankyung has not even
been given a single rest day per week after debut. It has been said,
“Because of the recent continuous overseas activities etc, it has
almost been 2 years since he last rested, he has been rushing schedules
(all this while).” “Due to contract obligations and heavy penalties,
even during bad health, he was not to skip any scheduled activities.”

Hankyung’s side emphasized, “Because of these kind of health problems,
(he) has continuously put forward requests to rest, but has always been
rejected.” They added, “Except for when they started their performances
in 2006, at other times, he had to stay in Korea.” “Through their
manager, Hankyung requested from SM for leave to return to China to
rest but he was rejected every single time.”

Hankyung’s side added, Hankyung’s exclusive contract terms ▶SM was
definitely in a more superior position signing on unfair terms in the
contract ▶The contract would span 13 years (starting from the release
of their first album) ▶Incorporated excessive damages and in terms of
the contract, if he voided it, he would be blocked (from other
activities) ▶Allocation of rights and obligations in the contract were
significantly off-balanced ▶SM had the right to request Hankyung to be
in any activity ▶Profit-splitting rights and provisions were also
off-balance, hence the initiation of the lawsuit against SM to terminate
his exclusive contract.

On the other hand, after Hankyung initiated litigation, SM stated
their stand that “for the sake of Super Junior and Hankyung, they are
in talks to resolve the problem”.

Edit: The reason why Hankyung brought in the lawsuit against SM

1. The contract has many provisions which are in SM’s favor.

When the first contract was signed (January 2003) Hankyung was 18
then (underage) and being a Chinese person, he didn’t know everything
about Korean showbiz so SM had given him a contract with the content
that SM suggested.

Not only that, but those side agreements with SM after then (on February 2007 and December 2007) also were only from SM (aka Hankyung didn’t have chance to suggest the provisions which are in his favor)

2. The period of the exclusive contract is 13 years is too long.

Moreover, if Hankyung gives up some activities because of his health
or study, the contract’s period will be extended according to the
situation so it might be 13 years on the paper but it could be longer
in real life and this violated seriously to Hankyung’s civil right.

3. There is clause stated that Hankyung will have to pay SM a lot
for breaking contract or creating damages toward the contract, thus
this prevents Hankyung to cancel the contract or some agreements on the
contract. If Hankyung wants to move to another company and continue his
activities, he will have to pay SM threefold of the money that SM had
invested to him and pay twofold for the loss of the remain time of his
contract.

4. The amount between Hankyung’s rights and responsibilities that stated in the contract are not the same.

Hankyung has to follow and attend all the schedule that SM give him,
has to do/follow all SM’s orders/intrusions unconditionally but he doesn’t have right to request his contract to be revised.

5. SM has forced Hankyung to do some activities that against his will.

At the training time, if Hankyung was late or absent or didn’t
fulfill his duty he would be fined 10,000won for the 1st time,
20,000won for the 2nd time. After debut, if he was late or absent from
his schedule, he would have to pay for all the damage, if he cut the
contact with SM more than 1 day according to the situation SM can
cancel his contract. And if he doesn’t fulfill his duty, according to
the situation he could be fined 5,000,000won.

According to the contract, Hankyung doesn’t have any right to decide
for his schedule, he has to follow SM’s words and only attend the
events/performances that SM’s manager designed for him. Hankyung even
had been forced to attend some activities because of SM’s order when he
was ill.

6. The profit distribution and copyrights between SM and Hankyung.

During the contract period, all the copyright of albums and song
will belong to SM. Although Hankyung wrote, composed, arranged the
songs, they can be used by SM without his permission.

About the oversea activities income, after SM deduct all the
promotion activities expenses & fees, the remain money will be
divided among the members.

Super Junior
Hangeng
How does this article make you feel?