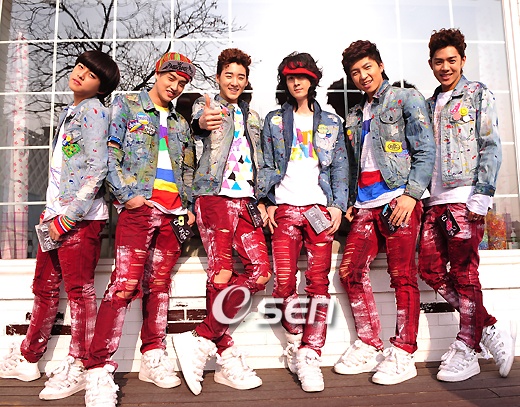 Boy
idol group, U-Kiss has returned this year with their first album, Only
One, Without You. Hit maker, Brave Brothers have participated in the
album by producing it and composing songs including the title track is
“Spinning;” it is an electronic hip-hop number. The song will catch
listeners’ attentions from the start. There are a total of 14 tracks,
12 of them being composed by the Brave Brothers. Another song worth
mentioning is “Without You” which might as well been the title track.
It has strong bass and synth sounds with electronic dance beats. The
other two remaining songs were composed by producer Han Sang Won who
wrote, “Bang Bang Bang” and “Dancing Floor.”

With
already many hits including, “Thorn,” “Don’t Know Men,” and “Coward,”
Buzz’s main vocalist, Min Kyung Hoon makes a comeback after two years
with a five track mini album. The singer has taken part in selecting
these songs carefully, which were composed by Korea’s top composers, Jo
Young Soo, Kim Do Hoon, Lee Jae Hak, Hwang Sung Jeh, and An Young Min.
Because of this, the album is even more anticipated by music lovers.
The title track is “It’s Love Because It Hurts.”

Hip-hop
duo, Untouchable has returned with their second mini album. The group
had already gained popularity with hits such as “It’s Ok,” “Tell Me
Why,” “I’ll Give My All,” and “Oh.” The songs in this album range from
bright music to emotional R&B hip-hop numbers. One song worth
mentioning is “Live In the Heart” which features Brown Eyed Girls
member, Narsha. The album was produced by the duo themselves, upgrading
it a notch.

Big
Bang’s Daesung is to release a solo single this month titled, “Cotton
Candy.” Daesung who is currently working on his first solo album with
sounds that cannot be seen with Big Bang is releasing “Cotton Candy” as
a digital single beforehand to perform it in time for the Big Bang 2010
Big Show Concert. The song is very mellow with easy melody that flows
well with Daesung’s husky yet warm vocals. The lyrics are also very
sweet as it is about melting at the sight of a loved one.

Typhoon
releases their last single as a group before Solbi leaves to
concentrate on her solo activities. The song, “Fate” was composed and
penned by Baek Min Hyuk who also wrote Typhoon’s previous hit, “Love
That Will be Missed.” It is a sad medium tempo minor ballad about not
being able to leave a loved one to the extent to death. Listeners can
hear Solbi’s emotional vocals.