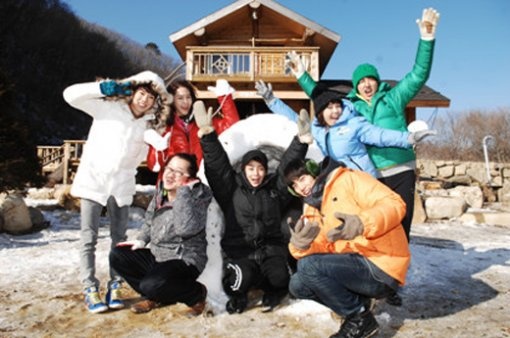 How low will the ratings for “Family Outing Season 2” fall?

The start did start off well with a viewer rating of 16.5%, but now
it seems like that numbers just doesn’t stop dropping. By the 3rd
episode, they had barely kept the number 2 digits, but by the 4th
episode, the number had changed to a single digit. The number didn’t
stop there because the numbers only became lower.

However, the best rating for the first season had been recorded at a
30% putting Family Outing Season 2 at almost an embarrassment level.
Season 2 focused on having Kim WonHee as the center
with the popularity of the idol group stars such as Yoona,
TaecYeon, and JoKwon. Also, they added the
middle aged flower boy star, Yoon SangHyun, and the
gag-stars Ji SangRyeol, and Shin BongSun. But still,
the ratings showed downfall.

Most of the people involved in the entertainment industry is saying
it is because the center that was present in Season 1 with Yoo
JaeSuk isn’t present any more. The same methods done in Season 1
continued in Season 2, but the ratings showed that the procedure wasn’t
the problem. In addition, many of the stars are still finding their
character in the show and even if the idol stars show off their all, the
viewers stated that it isn’t as enjoyable because of the laughs are
forced, not natural.

Also, the lack of storytelling and the combination of emotion and
laughs are another reason that it isn’t touching the hearts of the
viewers. Meanwhile, KBS ‘Happy Sunday’ ratings were kept a same level of
25.7% and MBC ‘Sunday Sunday Night’ got a rating of 5.7%.