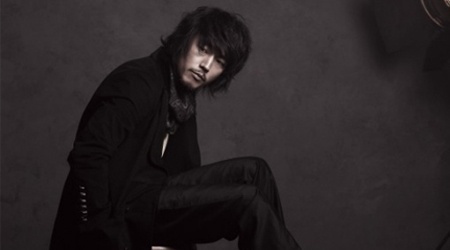 Jang Hyuk Picks Next Project With "All About Eve"

Hot on the heels of his latest success playing slave hunter Dae-gil
in Chuno — which ended this week — actor Jang
Hyuk has announced his follow-up project: a Chinese remake of
the Korean drama All About Eve, which was a hit back in
2000 when it starred Jang Dong-gun and Chae Rim (and Kim So-yeon as a
scene-stealing second lead, playing the ultimate villainess role).

According to Jang’s management Sidus HQ, he will take the role
initially played by Jang Dong-gun. The series is set in the broadcasting
industry, and the original had Chae Rim and Kim So-yeon as rival
rookies, while Jang Dong-gun played an experienced PD. The character
played by Chae Rim will be portrayed by singer-actress Zhu Dan,
while her backstabbing rival will be played by Taiwanese actress Cheryl
Yang.

The series is planning for a September premiere on Chinese
television.

I don’t know the actresses involved so I can’t weigh in on them
(anyone?), but I’m a bit wary of an All About Eve remake.
Unless they rework the story a lot, doesn’t it seem rather old-school?
(Bad girl schemes to one-up good girl whom everyone loves, particularly
the handsome, rich, and senior colleague who rides to her rescue. It’s
the classic Cinderella tale, but without a clever or modern twist.) Jang
Hyuk had been planning to make his entry into the Chinese market with a
television series, which he gave up to do Chuno, so I guess
he’s eager to get back on that horse now that he’s free again.

All About Eve
Chuno
Jang Hyuk
How does this article make you feel?