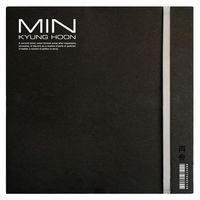 BIOGRAPHY
For this week, our Soompi featured artist is Min Kyung Hoon. He was previously the main vocal of rock band Buzz. He has shed his pretty boy image and returned as a more mature and emotionally enriched solo vocalist. In order to remove all traces of Buzz, his solo album is filled with soft and melancholy ballads. The change is not so drastic that Buzz fans won’t recognize his style. His classical ballads were infused with the conventional style of Buzz.

He makes a comeback after two years with a five track mini album. The singer has taken part in selecting these songs carefully. The title track “It’s Love Because It Hurts” is written by Cho Young Soo and Kang Eun Kyung. It has an intense violin intro before settling into a beautiful ballad melody.

Fans are so excited that when news broke out about his comeback on late January this year, his website’s server went down because there were too many visitors. His album had taken the #1 spot for best selling pre-orders.

Min Kyung Hoon held his first solo concert titled ‘Reunion’ on March 17th at the Seoul Olympic Hotel. This is his first concert in 2 years and he was really eager to reunite with his fans. He’s always planned to hold a solo concert soon after his album debut.

Artist Of The Week
Min Kyung Hoon
How does this article make you feel?