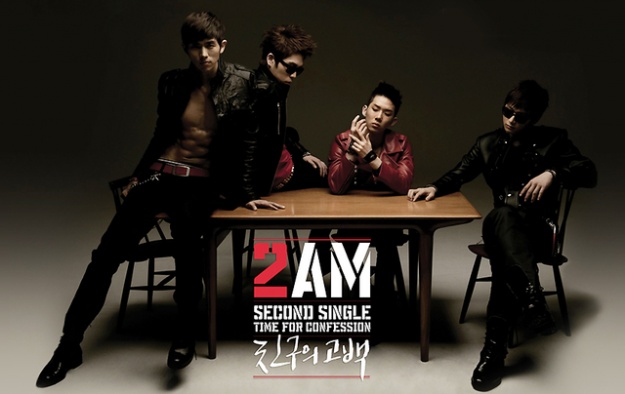 2AM To Be In The Official 2010 FIFA World Cup Album

2AM’s popularity has skyrocketed over the past few months and the group can expect more love after being chosen to represent Asia in the upcoming “Listen Up! The Official 2010 FIFA World Cup Album” by Sony Music Entertainment. A myriad of well established artists such as R. Kelly, Shakira, John Legend and Pitbull will also take part in the album.

2AM’s world cup song is titled No.1 and is composed by Bang Shi Hyuk (방시혁), the same composer for I Was Wrong (잘못했어), Can’t Let You Go Even If I Die (죽어도 못보내) and Baek Ji Young’s (백지영) My Ear’s Candy (내 귀에 캔디)

A collaborative album featuring singers representing different continents will help be a catalyst in uniting soccer fans around the world that are eagerly waiting for the 2010 FIFA World Cup in South Africa starting on June 11.

The group who once felt as if they were overshadowed by their counterpart members, 2PM, is now finally getting the spotlight they deserve and it is exciting to see what will happen in the future.

2AM
World Cup
How does this article make you feel?