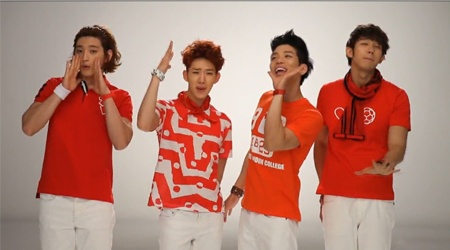 As previously reported that 2AM was going to be in the Official 2010 FIFA World Cup album, a 20 second long teaser was released today.

Join the Soompi 2AM Fan Club

https://www.soompi.com/fanclub/2am
2AM
World Cup
How does this article make you feel?