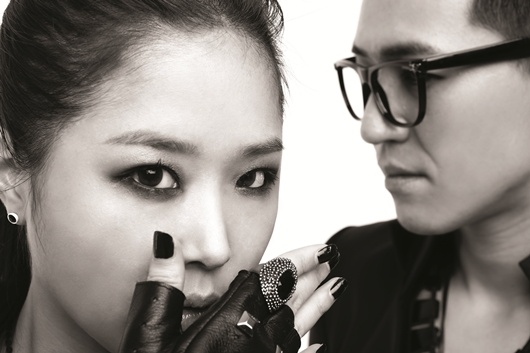 Korea’s representative mixed group, Koyote returns after a four year hiatus with a new album, “Koyote Ugly.” The title track is “Return” a dance number composed by Park Geun Tae. It has house rhythms and trendy sounds that flow well with the bounciness of Shinji and Kim Jong Min’s vocals. Listeners will know right away that this is a very Koyote-like number. However, the group will also show a different side through their other songs such as ballad number, “Did You Even Love” and “Spark” which has strong beats and rhythms.

T-Max, who debuted in 2007, finally returns to the music scene with their first studio album, “Born to the Max.” During the hiatus, member Park Yoon Hwa had left for military service and replacing him are two new members. The title track is “Don’t Be Rude,” a song that brings the group out both musically and visually. This song in a way can be a spell for listeners to help feel better after encountering frustration in life.

Style icon, Seo In Young returns as a solo singer with a special mini album, titled “Love Elly.” This is her first solo work since the breakup of girl group, Jewelry and it is made for fans who have followed her since her debut in 2001. Through this ballad album, Seo In Young showcases a more refined image in contrast to her style during her Jewelry days. The title track is “Write Love and Call It Pain,” a work co-produced by hitmaker Park Geun Tae and Jung Byung Gi. 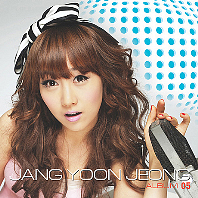 The trot queen, Jang Yoon Jung is back this summer with her fifth album, “Will You Come,” two years since her last. The fourteen track album is filled with songs ranging from Hawaiian house music to Latin dance genres, upgrading it even further. The title track is “Will You Come” a fresh and lively number perfect for the hot summer. It blends Hawaiian music and house rhythms together, bringing out a fusion style. It is composed by Lim Kang Hyun who is also noted for Jang’s hit tracks, “Flower” and “Jjan Jja Ra.” Other songs included in the album are “Fire Butterfly” which has Bokgo dance sounds popular in the 80’s and “Culprit Song,” a ballad with an oriental feel.

IU, who had debuted at a young age of 16 with ballad number, “Missing Child” had showed the mass her strong vocals and helped bring her name out in the light. This year, IU has returned with a new single. The title track is “Nagging” which was co-composed by Lee Min Soo who was responsible for Brown Eyed Girls’ “Abracadabra” and G.Gorilla of bands, Eve and Sprinkler. Seul Ong of 2AM is featured in this song, garnering interests among fans.

Koyotae
How does this article make you feel?