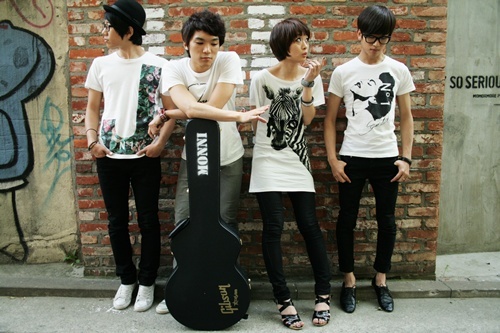 Korea’s popular modern rock band Monni has finally released their long awaited sophomore album, “This Moment” just yesterday. It has already been five years since their debut record, and the members had been keeping themselves busy during this time writing new songs and performing at various gigs.

Popular in the underground music scene, Monni, is known for their melancholy yet mellow tracks. Their new fourteen-track album is no different as shown through title track, “You Who Left,” composed and penned by vocalist and leader, Kim Shin Ee. The number is about a person feeling more concerned about his ex-lover’s well-being rather than his own, and this mood is well expressed through the use of simple instruments.

Monni, who debuted in 2004, consists of vocalist Kim Shin Ee, bassist Lee In Kyung, drummer Jung Hun Tae, and guitarist Gong Tae Woo. They held a second album release party this past April and plan to hold another one this August.

Music Video: “You Who Left”