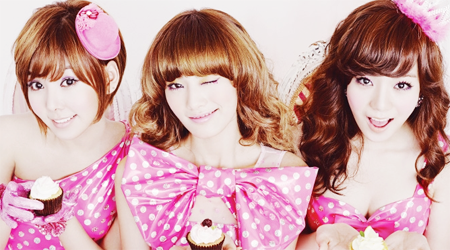 After School’s sub-group, Orange Caramel, released the music video for their debut song, “Magic Girl,” today. In contrast to After School’s sexy and edgy style, the new song and music video features a cute, doll-like style which many fans have compared to Japanese idol pop. Also featuring in the video is a guest appearance by CNBLUE’s youngest member, Minhyuk.

“Magic Girl” is included in Orange Caramel’s first mini-album which consists of four tracks, two instrumentals included. Whether it gives you a sugar rush or a cringing crash, Orange Caramel is quite an interesting change for the three After School members. We wish them the best!

Orange Caramel
How does this article make you feel?