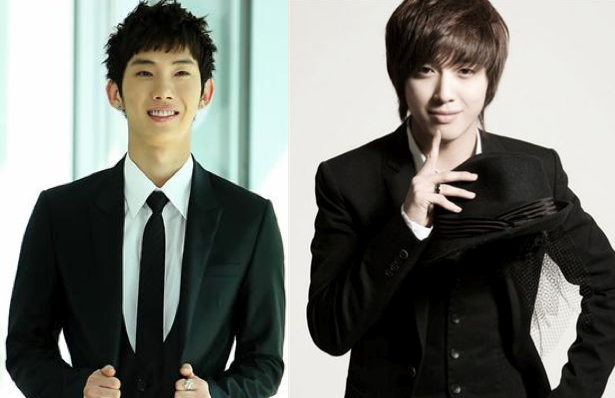 Jokwon and Yonghwa to Be MCs On Inkigayo

On July 11th, Taecyeon tweeted that he would be leaving the SBS weekly music show Inkigayo, along with fellow groupmate Wooyoung, in order to prepare for their upcoming concert.

The production team for Inkigayo has announced that 2AM’s Jokwon and C.N.Blue’s Yonghwa, both whom are also currently on popular reality show “We Got Married”, are replacing them.

They will begin their MC duties with f(x)’s Sulli on the next Inkigayo, which will be aired on July 18th.

Jokwon
Sulli
Taecyeon
Wooyoung
How does this article make you feel?