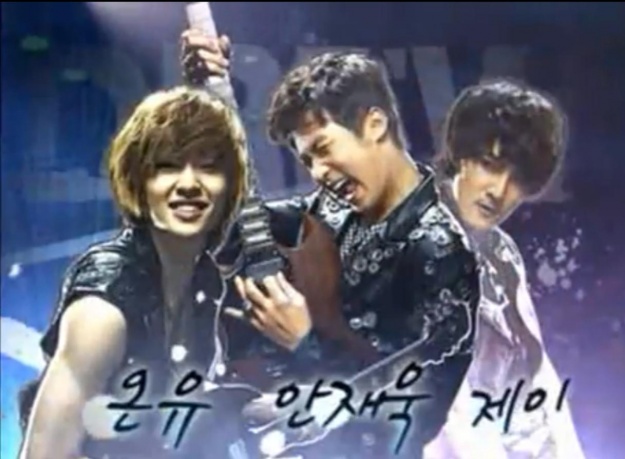 SM Entertainment revealed that its artists, including SHINee’s Onew, TRAX’s Typhoon, The Grace’s DANA and Sunday, are to be to be part of the upcoming Korean musical, which will have its first showing in September.

The musical has been revealed to be a Korean remake of the hit Broadway musical “Rock of Ages,” and will be about people who love rock music. Onew, Typhoon and singer Ahn Jae Wook will take turns playing the main character “Drew Bowie,” while DANA, Sunday and actress Moon Hye Won will rotate the role of “Sherrie.”

All of these artists have experience in musicals; Onew and Typhoon in “Hey Bro!,” and DANA as the lead of the musical version of hit drama “Jewel In The Palace.”

Check out the promotional video below!

Dana
Onew
Typhoon
How does this article make you feel?