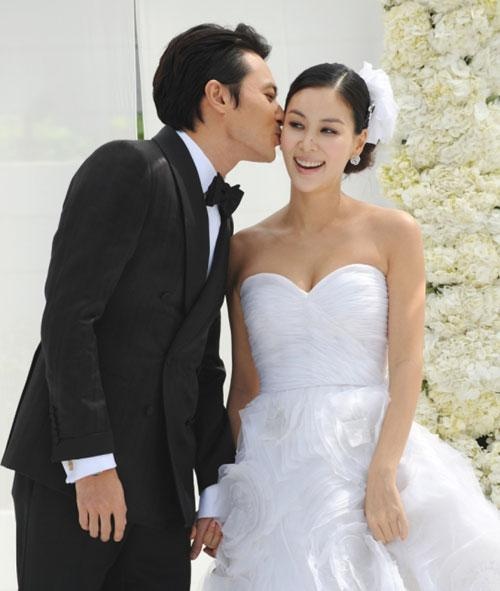 Jang Dong Gun and Go So Young Have a Son!

Everyone is paying attention to Korea’s Brangelina, Jang Dong Gun and Go So Young, as news of their first child is being revealed.

The newlywed gave birth on October 4th, and as soon as the news was released, fans picked their child to be number one on the “Best Looking Celebrity Child” list. Sinsung International Weddings conducted a survey between September 6th and October 1st titled, “Who is the best looking celebrity child?”. 624 people participated in the survey and the results were as follows: Jang Dong Gun and Go So Young in first (331 people, 53%), Kim Seung Woo and Kim Nam Ju in second (149 people, 23.8%), and Cha In Pyo and Shin Ae Ra in third (125 people, 20%). According to Sinsung International Weddings, Jang Dong Gun and Go So Young also topped the “Celebrity couple who will be most happy after marriage” list.

Go So Young gave birth to her son through a Caesarean section on the morning of the 4th and both mother and son are healthy. She is currently resting in the hospital in the midst of the congratulations from visiting friends and family.

Congratulations to the happy couple! Will their child live up to all the expectations? No pictures have been released yet, but only time will tell!

Jang Dong Gun
How does this article make you feel?