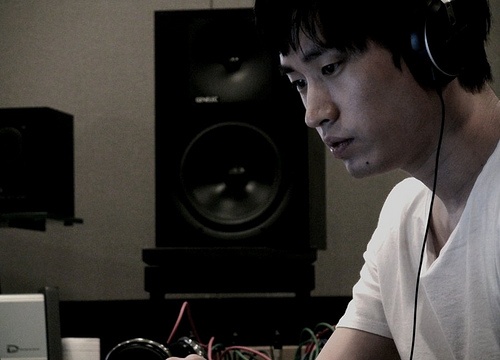 The End of the Tablo Controversy

It seems as though the controversy around Tablo’s educational background has come to an end. What started with a forum (TaJinYo) demanding the “truth” behind Tablo’s Stanford education, blew up into a nationwide phenomenon. The forum moderator, “whatbecomes” (later revealed to be a 57 year old Korean American citizen), led what seemed to be a witch hunt to disprove Tablo’s educational background. Since then, we have seen endless interviews, legal action, statements from Stanford itself, and even a documentary covering the controversy. Now, “whatbecomes” has finally opened his mouth to say, “Tablo has won”.

On October 8th, police revealed evidence proving Tablo’s educational background to be true. As soon as this happened, “whatbecomes” decided to leave the forum, earning him the nickname “fugitive”. On the morning of the 11th, he wrote a post saying, “The Korean police have acknowledged Tablo’s educational background, so I’ve been shut down. As an American citizen, I cannot deny the decision of the Korean Bureau of Investigation.”

On his post from the 11th, “whatbecomes” also wrote, “Tablo has received validation for his educational background and can now live happily. From now on, I won’t get involved with anything that happens in Korea. I’ll just live my life as an American.”

On a different note, many netizens are saying that although Tablo has indeed redeemed his reputation, in reality, he is left with only painful glory. Tablo should have in the least been given an honest apology by “whatbecomes”, but was left only with the words, “He should be happy that he won.” And with these words, “whatbecomes” left behind any sort of responsibility that he should have taken.

Netizens are wondering what Tablo’s next steps will be. Tablo’s brother revealed in an interview just how hurt he was, saying, “Even if they (the forum members) do get punished, we will never be able to go back to our normal lives.” Tablo’s musical comeback is also unclear. Although it depends on what he wants to do, it’s been revealed that Tablo has no remaining strength left to put into music.

This has been a long, hard road for Tablo and Epik High, to say the least. Now that the controversy has come to an end, surely, it is all of our hopes that Tablo, his family, and the Epik High members can find some peace and rest.

Source: Ilgan Sports via Daum and Osen News via Naver

Epik High
Tablo
Tajinyo
How does this article make you feel?