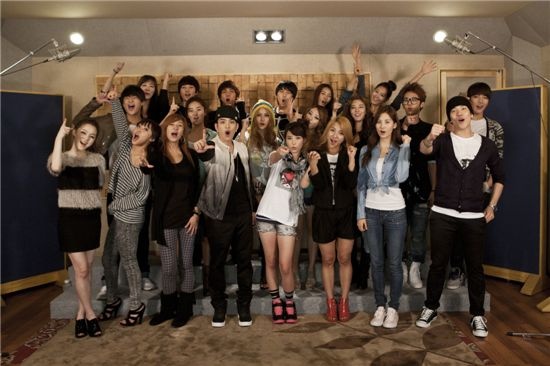 
A supergroup of K-Pop idols has come together to promote a song for the upcoming G-20 Summit in Seoul, South Korea.

According to a press release from the promoter, Asia Bridge Content, members from groups such as Girls’ Generation, SHINee, 2PM, 2AM, Kara, BEAST, After School, Super Junior and Son Dambi have formed the “Group of 20” and will release a the song “Let’s Go.” It will be used to help the younger generation better understand the event.

The song “Let’s Go” was created by producers Shinsa Dong Tiger, Im Sang-hyuk, Eddie and BEAST member Jun-hyung. The song will be released online on October 15, and a music video showing the various artists recording the track will be released as well.

Korea will host the G-20 summit on November 11-12, and is a major meeting by the 20 largest world economies.