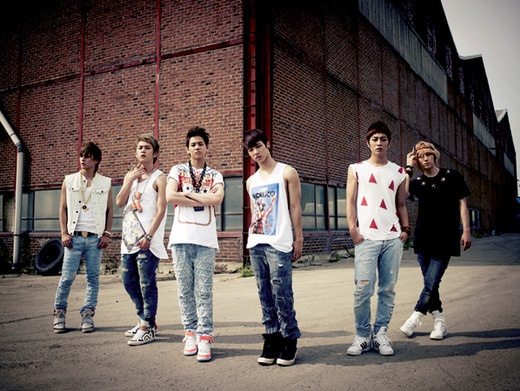 Artist of the month – BEAST

Soompi presents BEAST as the artist of the month for November.

These six guys have come together to write a new chapter in the history of idol K-pop stars. They are a boy band under Cube Entertainment and their name BEAST is an acronym for Boys of the East Standing Tall. Until a few days before their debut, the group was known as B2ST, or Boys to Search for Top.

The group had been the center of attention even before their official debut last October. Having undergone years of hard training toughened them up to be serious musicians with enough musical skills and maturity to take on the current idol music market. While a number of influential musical producers came together to make Beast’s debut album, the Beast members themselves have contributed to the album-making process by writing the lyrics and rap parts. Their albums have gained rave reviews from both music critics and fans.

Yoo Doojoon is the leader of BEAST. Before his debut with the group, he was a trainee under JYP and was being considered to be a member of 2AM but was eventually eliminated from the documentary show Hot Blood. He always seems to be a caring leader and a big brother to all the members. He is the most popular member of BEAST as he has many solo activities and can dance and sing well.

Jang Hyunseung is the second oldest member of BEAST and is the main dancer. He used to be known as the 6th member of Big Bang and as a sensitive boy who cried easily (this can be seen in BIG BANG THE BEGINNING). That was four years ago, now he’s a completely different person known for being strong and not crying when BEAST wins awards or #1s. He was an introvert in the past but has recently become funnier and livelier in variety shows. He said before that he was most confident in his dancing, but he can sing very well too. Hyunseung is also known for his high notes and can do beat boxing as well.

Yong Junhyung may be the most multi-talented in BEAST as he’s able to do many things: singing, dancing, rapping, acting and composing. Since he helps write songs and raps for other artists, he is said to be the most paid member. He is also known for being very interested in fashion and often trying something bold. While he raps most of the time, but he can sing well too and is also one of the strongest dancers in BEAST. Previously, he was in boy group XING as Poppin Dragon. In BEAST’s shows, Junhyung sometimes shows himself as someone who is a bit shallow, but in fact he’s very deep.

Yang Yoseob is the member who brings the nickname of “pet-dols” (pet idols) into BEAST. He is one of the most popular members since he’s very cute and his singing is really exceptional. He is very outgoing and usually notices the cameras better than the others. Despite his cheekiness on screen, he can be thoughtful at times.

Lee Kikwang is also one of the most popular members, partly because of his past activities as AJ (Ace Junior) and his sexy image. He also has more solo activities than most of the other members as he’s part of High Kick Through The Roof 2, Hot Brothers and WIN WIN. His strong point is dancing, however; his singing is very good as well.

Son Dongwoon is the maknae and also the last member to join BEAST. His skills may be lacking compared to other members’, but he’s a very hardworking person and he has been improving tremendously since the pre-debut days. In BEAST’s shows he doesn’t show his characteristics.

The group has done a few showcases in South East Asia countries in the middle of the year and has received good response from fans. With every new single released, this group has shown improvement for their hard work.

After ‘shocking’ their way to the top earlier this year, BEAST returned this autumn with their third mini-album Mastermind. The track title Mastermind sets the tone with heavy beats and dramatic strings. The album’s main track “Breath” (Soom) was composed by producer Shinsadong Tiger and Choi Kyu Sung, with lyrics written by member Jun Hyung. Another sought-after hitmaker Super Changttai, the composer of 2PM’s “I Hate You” and “Tired of Waiting”, was brought on for V.I.U (Very Important You). Another song “Clenching a Tight Fist” is a soft ballad that contrasts with their beastly image.

While they have just finished promotions of “Breath”, they are already going to release their fourth mini album, Lights Go On Again, on November 9. This is considered be part two of the Mastermind mini-album.

Artist Of The Month
BEAST
How does this article make you feel?