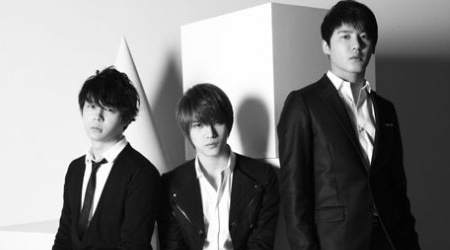 As JYJ’s US Tour facebook page foresaw, there was “huge news brewing.” The last three shows for JYJ’s showcase tour in the United States are now free for the fans.

Cjes Entertainment, JYJ’s company, revealed that because their P1 entertainment visas were denied, JYJ may not perform in the U.S. Baek Chang Ju, CEO of Cjes Entertainment, commented, “We are still awaiting the official reason to why their P1 visas have been denied since the band has followed every procedure required and also did their interviews accordingly. We are extremely puzzled by this matter and will continue investigations into it. For now, JYJ’s primary objective is to make sure that fans are still able to catch the showcase. Hence we have decided to step in on all costs associated with putting on the show to make sure that the events go on as planned.”

The P1 entertainment visa allows foreign persons such as entertainers to enter the U.S. for performance purposes. Despite rejection of their visas, JYJ may continue their shows in the U.S. under the condition that the performances are free and they will not make profit.

The three boys informed their fans through a message on their website:

As you all know, we have not had it easy in this journey. It seemed as though every step of the way, it became more and more difficult to share our lives’ passion with all of you. Recently we were denied the ability to perform in the US by a rejection of our visa but – the show MUST go on.

In appreciation of all of you being the best fans in the world, we’ve decided to do the US Showcase Tour for FREE. Thank you for all of your loving support and understanding.

Can’t wait to see all of you very soon.

JYJ has decided to take responsibility of the financial cost of the tour which includes production, promotion, flights, and accommodations. As can be seen from their announcement, the boys committed to following through with their show for their fans and will handle the financial situation.

Under the new conditions for a non-profit performance, the New York, Las Vegas, and Los Angeles venues are processing refunds for tickets. Those who already have tickets will receive an additional ticket to the free show. Remaining tickets will be given on a first-come first-serve basis by Ticketmaster.

For the Los Angeles showcase, free ticket distribution began at 4PM PST by the USC venue. Ticket information for this show can be found here.

The NYC show is tonight November 12. Las Vegas and Los Angeles will follow on November 14 and 19 respectively.