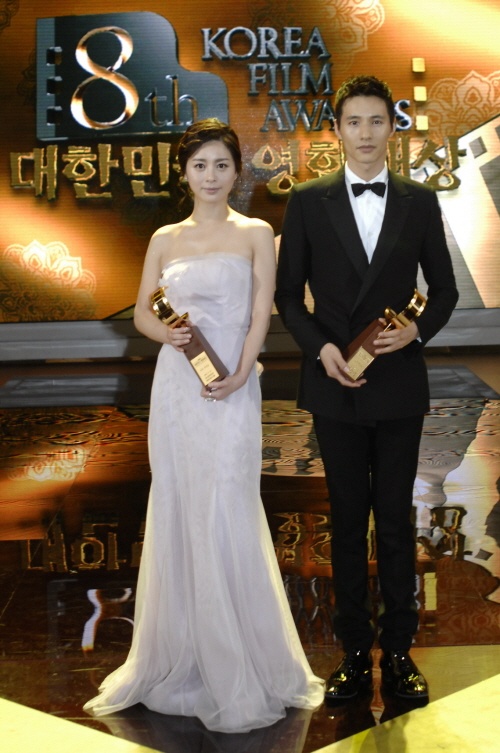 Announcing the Winners of the 8th Korea Film Awards

The 8th Korea Film Awards were held at the Sejong Center in Seoul on November 18. “The Man from Nowhere” (“Ahjusshi”), reigned supreme this evening, racking up awards for Best Actor, Best New Actress, and Cinematography, among others. Also making a dent in this year’s awards were the critically acclaimed movies “Poetry”, “Bedeviled”, and The Servant”, claiming two trophies each.

The Man from Nowhere
Won Bin
How does this article make you feel?