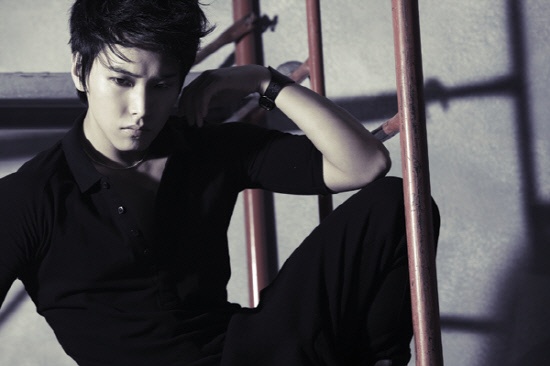 Sungmin, along with the rest of the cast, appeared at the drama’s Press Conference, which was held on November 25.

As the press conference went along, Sungmin stated, “I have previously worked in musicals and one-act plays, but ‘President’ is my first official acting opportunity, making it no different from being my first project. I feel as if I’ve earned a very big inheritance by being able to work with such respectable acting seniors’ right from the start.”

During the interview he also mentioned how he felt about the drama, “I feel 100 times more pressure because I’m worried about how I should portray my character, who is naive and blind to life’s problems, and acts on impulse and immaturity. Working alongside such talented actors has made me feel that much more pressure, to the point where my hands were shaking on the day of our first filming. My whole body felt congested after our first filming.

To conclude, my body is tired but my heart is joyful. I’m also anticipating the reviews on my new acting career. I hope people will give us their interest.”

The character that Sungmin will play is Jang Sungmin who possesses a sense of weakness and looks favorable towards his strong and passionate father.

Super Junior
President
Sungmin
How does this article make you feel?