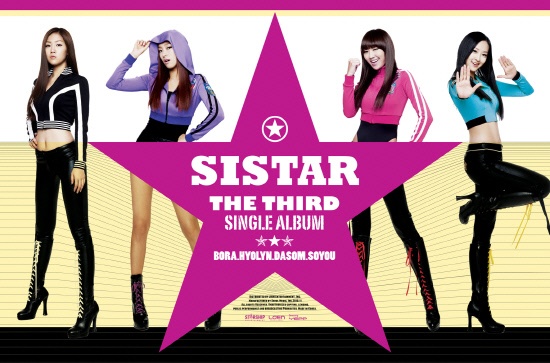 2010’s top rookie group Sistar, who has done quite well with “Push Push” and “Shady Girl,” returns with their third single album, “How Dare You.” The song is about a girl who shows her tough and independent side after being hurt by love. This number which was created by the Brave Brothers, fuses both rock and electronic sounds.

Brown Eyed Soul, who has been releasing singles the past year, finally releases its full length third album titled, “Brown Eyed Soul.” The album includes previous singles, “Blowin’ My Mind,” “You,” “Can’t Stop Loving You,” “Never Forget,” “Love Ballad” and “I Will Move Aside” along with solo tracks from the individual members. The title track is “If It’s the Same,” which showcases Jung Yup’s sweet and Naul’s emotional vocals. Another song is “Gone” which is expected to receive much love from fans. In addition to these songs is Jung Yup’s solo track, “Miss Cigar Store” which is a remake of folk singer, Song Chang Shik’s song. It is said that Jung Yup has always been a huge fan of the veteran singer. On the other hand, Naul’s solo song is gospel number, “You” while Sung Hun’s solo song is “With Chocolate,” a modern R&B number. 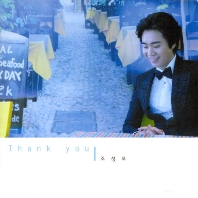 Jo Sung Mo releases a new mini album, “Thank You” for the one woman he loves as well as his fans. The musician returns with upgraded music, testing urban and R&B music this time around. The title track is “Only You,” a number with an urban feel and jazz piano beats, reminiscent of the 60’s and 70’s. The soul beats and strings help bring out the mood very well. Jo Sung Mo penned the lyrics to the song himself. There are two versions to this song – Suit and Sweet, to show two colors to it. Also included in the album are “Everyday Christmas” and “Say Anything.”

Tim, who has received constant love from fans with hits such as “I Love You,” “Thank You,” “At the End of World,” has returned after three years with his fifth album, “New Beginnings.” For this album, the artist produced the entire album, with the help of composer, Kim Tae Sung who helped bring out this “Tim-vibe.” In addition, fellow musicians such as Yiruma and Lyn participated in the new album, giving Tim extra strength. The title track is “Words Not Manly,” a gift from Yiruma himself. Yiruma played the arrangements himself while Lyn penned the lyrics to the song, Also included in the album are “It Is You,” which Tim composed himself and couple duet number, “Love Song” with Lyn.

SM Entertainment’s ballad project group, SM The Ballad debuts with their first album, “Miss You.” The group consists of Trax’s Jay, Super Junior’s Kyuhyun, SHINee’s JongHyun, and rookie singer, JINO. There are a total of five new tracks, where each vocalist is able to show his own distinctive vocals as well as harmonize with one another. Fans will be able to see a different side of their favorite artists through SM The Ballad.