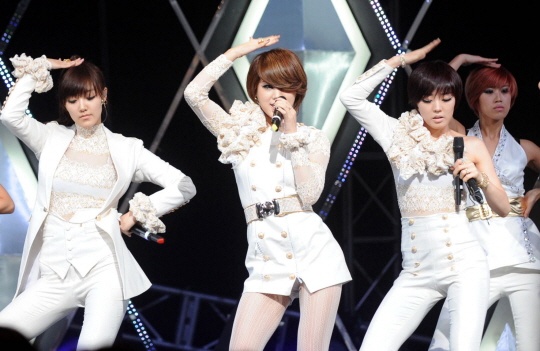 Girl group SeeYa debuted in 2006 with first album “Scent of a Woman”. However, in 2009 SeeYa was left in a state of chaos when the main vocalist, Nam Gyu Ri, left. SeeYa made a return with a new album, “That Man’s Voice” and a new member, Lee Soo Mi. However, Lee Soo Mi made the decision to leave to join the rookie group Co-Ed. Members Lee Boram and Kim Yeon Ji visited their agency, Core Contents Media, to go separate ways. On January 10, SeeYa will release their last album, “Goodbye My Friend”, comprised of their hit songs and two new songs. They will part ways after the album release. SeeYa are known for their hit songs such as “Scent of a Woman”, “Shoes”, “Love’s Greeting”, and “Shall We Marry”.

Goodbye, SeeYa! We will miss you!

See Ya
How does this article make you feel?