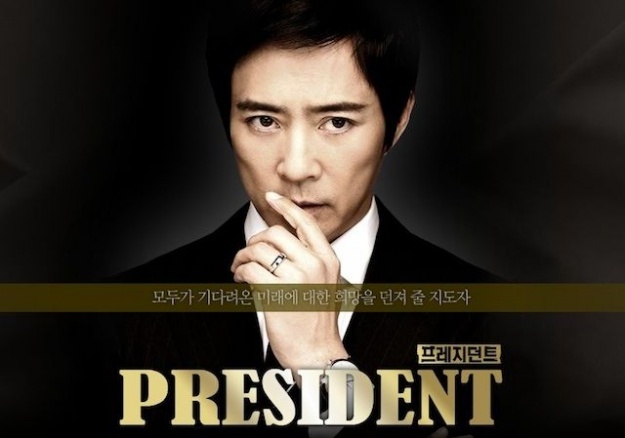 KBS’s “President” kicked off with rather low ratings as it premiered today against SBS’s “Daemul.” While the latter lead a whopping 25.7% rating, the former only brought in a rating of 6.3%. However, the drama has received favorable responses from netizens. With Daemul coming to an end, KBS’s “President” just might start leading.

Choi Su Jong will take the role of an assemblyman who runs for president with his capable wife at his side, Ha Hee Ra. Their family consists of three children, of whom Wang Ji Hye (Personal Taste) is the adopted and the oldest of the siblings, followed by their biological children, a son played by Super Junior’s Sungmin and a daughter played by Park Ji Min.

The first episode dove right into a slush fund scandal involving the candidate Choi Su Jong and a crisis starts right off the bat. Check out the trailer and tune in every Wednesday and Thursday to catch the drama!

And a glimpse of the first Episode! Ha Hee Ra
President
Sungmin
How does this article make you feel?