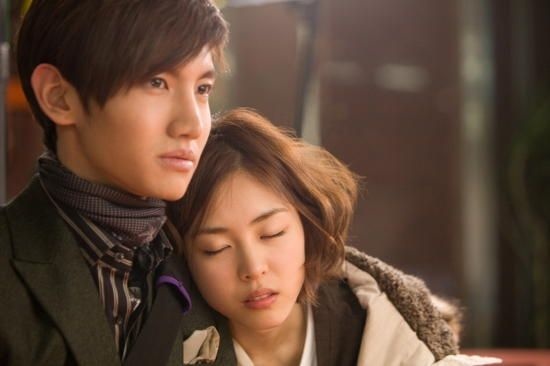 DBSK’s Max Changmin, credited as Shim Changmin, will star in an upcoming drama called “Paradise Ranch”. The singer will play a rich son of a chaebol named Han Dong Joo who falls in love with a veterinarian named Lee Da Ji. He competes for her affections against Seo Yoon Ho, the son of a resort president. The roles of Lee and Seo are played by Lee Yeon Hee and Joo Sang Wook.

The drama is also described as being about a couple who gets married at the early age of nineteen, gets divorced — but falls in love again. We presume that Lee’s character is half of the couple, but whether the other half is Shim’s character or Seo’s, we don’t know.

“Paradise Ranch” was directed by Kim Chul Kyu. Filming took place earlier this year in Australia and Jeju Island. The drama will premiere on January 24 on SBS and air thereafter on Mondays and Tuesdays.

Changmin
Lee Yeon Hee
Paradise Ranch
How does this article make you feel?