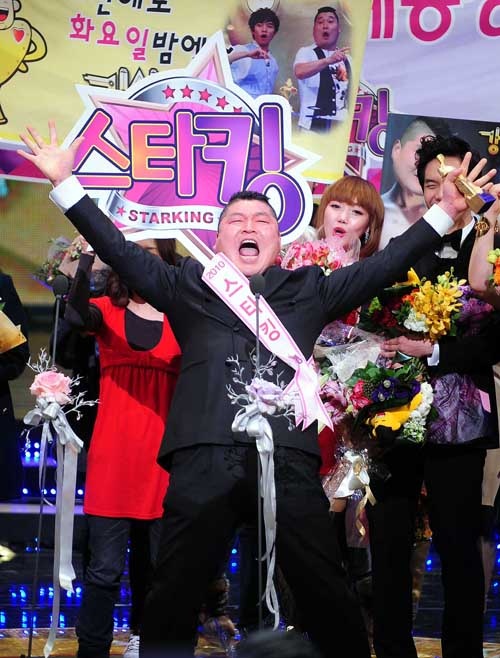 Kang Ho Dong was the man of the night at the SBS Entertainment Awards. The emcee won the grand prize for his work in the variety shows “Steel Heart” and “Star King”, making it his fifth grand-prize win during the year-end ceremonies.

Here is the complete list of winners at the SBS Entertainment Awards:

Kang Ho Dong, the man of the night!

Nicole and IU (IU must like those pink stockings!)

There were a lot of names here; please correct us if we got anything wrong!