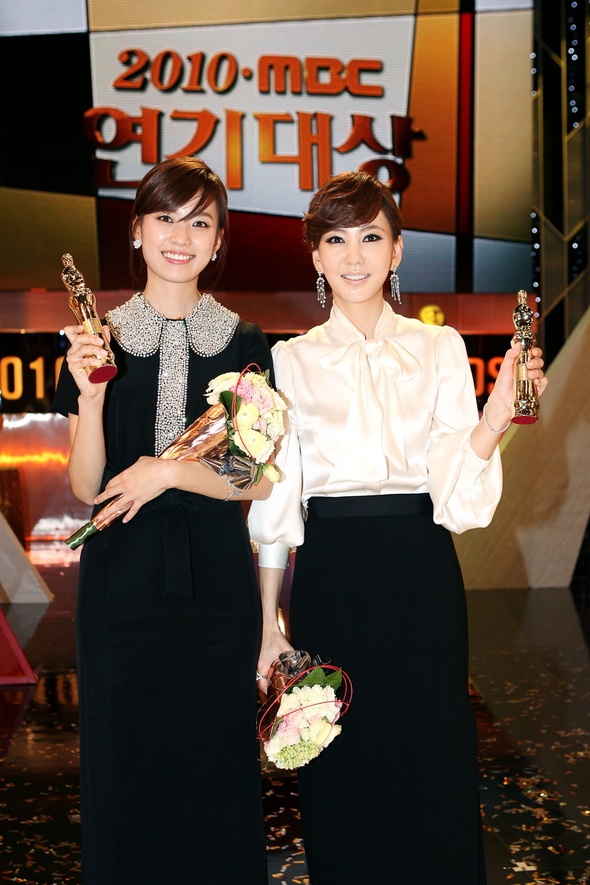 Kim Nam Joo and Han Hyo Joo were the women of the night at the MBC Drama Awards. The actresses won the grand prize for their roles in the dramas “Queen of Reversal” (Kim) and “Dong Yi: Jewel in the Crown” (Han). The ceremony was held on December 30 at MBC Dream Center in Ilsan.

Kim Nam Joo accepted her award with excitement and modesty. She said, “I wish that time would stop right at this moment. I was thankful for many things when I won an award last year and I still don’t know if I deserve it this year.”

Han Hyo Joo also accepted her award humbly, saying, “I feel that I still lack in some areas to receive such a great award.” She went on to thank director Lee Byung Hoon and scenarist Kim Yi Young.

Here is the complete list of winners at the MBC Drama Awards:

Drama of the Year: “Dong Yi: Jewel in the Crown”