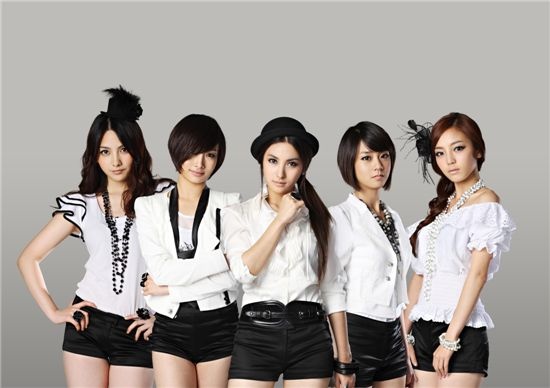 Kamilias need not lose hope! The lawyer of Kara members Han Seungyeon, Nicole Jung, and Kang Jiyoung says it’s possible that the girls could reunite with the rest of the group under DSP Media again. The three girls, along with fellow member Goo Hara, announced on Wednesday that they intend to terminate their contracts with their entertainment agency. They said that DSP Media forced the band to participate in unwanted activities, insulted them, and tricked them into signing unfair contracts.

Goo Hara has since reversed her decision and decided to stay with the agency, but Han Seungyeon, Nicole Jung, and Kang Jiyoung are still seeking to terminate. Addressing the ongoing rumors that the split was motivated by internal discord, as group leader Park Gyuri has not sought to terminate her contract, the girls’ families released a statement saying that the girls wish for Kara to remain a five-member group.

“Kara’s [three] members and their parents want a five-member Kara to be able to continue its activities. There may be legal problems in regards to the company but the [three] members consider all five staying a team as the first and foremost principle,” the statement read. “It is the management company’s basic role to support an artist’s activities… We want a professional entertainment firm that can support Kara’s activities so they may be able to exhibit their talent and abilities to the fullest.”

Hong Myung Ho of the girls’ law firm, Landmark, also clarified that the current state of discord is solely due to the treatment of the girls by their agency. He also stated that no final decision has been made yet and that it is possible that the girls could return to DSP Media.

“If the issues that the [three] members and their parents have raised get solved, you could say there’s a chance it could happen,” Hong said.

Far from taking the news quietly, DSP Media has refuted every claim made by Landmark, saying that Kara has been managed well by the wife of the chief of DSP Media, as evidenced by their popularity in Korea and Japan. DSP Media states that the girls were never deceived in their contracts and that they have been paid fairly.