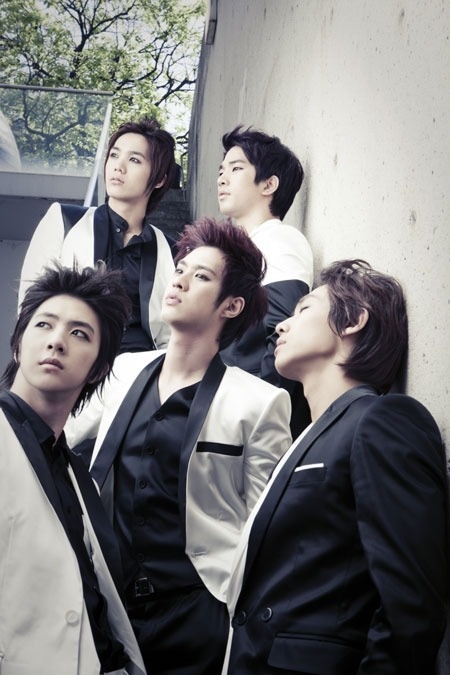 Artist of the Month – MBLAQ

BIOGRAPHY
For the month of February, Soompi presents MBLAQ as artist of the month. This five-member group was the talk of the town even before their debut as they were hallyu star Rain’s first protégé group. Their name MBLAQ means ‘Music Boys Live In Absolute Quality’.

Their debut album came out in mid-October 2009 and immediately caught the attention of both music critics and the general public with their musical appeal and youthful energy. It is also interesting to note that Cheondung, whose real name is Park Sanghyun, is the brother of 2NE1’s Sandara Park and Mir is the younger brother of actress Go Eun Ah.

Their second single album “Y” was released in May of 2010. Originally planned to be his own song, Rain wrote, composed, produced and choreographed the title song “Y” for the group.

In the midst of all the recent changes at J. Tune Entertainment, MBLAQ released their highly anticipated first full-length album BLAQ Style. Their title song “Stay” is a strong dance track combining electronic, rock, and hip-hop beats. The guys also got to show their soulful sides for “Cry”, a slow urban R&B number written, composed, and arranged by E-Tribe. As with MBLAQ’s previous releases, Rain wrote a song – “Baby” – for his proteges. Also included in the album were remix versions of their hits “Oh Yeah” and “Y”. Alongside E-TRIBE, others such as Wontag, Rado, and other indie hip hop and R&B musicians worked on the album to give it an extra charismatic touch.

This comeback was been delayed few times, but it was really worth it in the end. Bearing a ‘rookie mindset’, they wanted to give it their all. Lets hope for their continued success as they are our artist of the month.

Alongside E-TRIBE, others such as Wontag, Rado, and other indie hip hop and R&B musicians worked on the album to give it an extra charismatic touch.
Artist Of The Month
MBLAQ
How does this article make you feel?