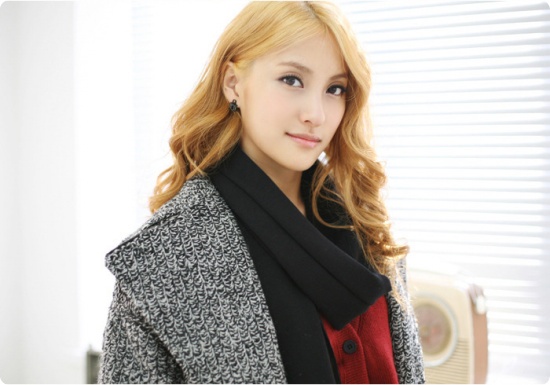 Gyuri Opens Up about KARA Controversy for the First Time

KARA’s Gyuri opened up for the first time today about her group’s recent controversy at the press conference for the movie premier of “Alpha and Omega.”

Making her first official media appearance since Jan. 19th—when three of the group’s members abruptly called for a contract termination with their management agency, DSP Media—Gyuri repeatedly apologized to the fans while carefully responding to many sensitive questions.

“I’m very sorry to all the fans who were worried for us and I’ll do my best to return the favor with good shows. We’re planning to resume activities with all five members. We promise to do our best and not disappoint the fans who showed so much faith in us,” Gyuri said. She continued, “There are many obstacles in life but I believe they can be overcome with strong faith and support from all the people that love us.”

Asked when the group will resume activities in Korea, she said, “As long as the fans want us back, we can return anytime. But more than anything, we’d like to apologize to all the people who worried so much about us. We’ll do our best to become a KARA that always works hard.” She also said she will resume her radio show with Super Junior’s Shin Dong as soon as possible.

Later Gyuri was asked about the rumored discord among KARA members and her being sort of the odd man out of the group. “Honestly, our members don’t have any problems with each other, so I don’t pay much attention to the discord rumors. All the members really get along well,” said Gyuri, declining to go further on that issue. When KARA first demanded a contract termination with DSP Media, Gyuri was the only member not to join the dispute. Also, Japanese media showed Gyuri sitting alone a couple rows ahead of the rest of the group in their flight to Japan; the group later said that just happend by chance. But whatever the case is, it’s great to see the girls back in action!

controversy
Gyuri
KARA
How does this article make you feel?