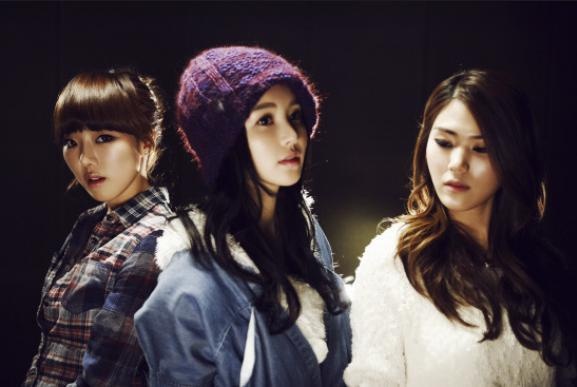 BIOGRAPHY
Here is our special tribute for the now disbanded female vocal group See Ya. There was great interest in this group as they were the first rookie team with more than a billion won of investment in just over a year’s time. Veteran ballad group SG Wannabe was in charge of SeeYa’s vocal training and the production of the debut album. They debuted in 2006 with their first album “Scent of a Woman”. Both Gavy NJ and See Ya claimed to be the female version of SG Wannabe when they debuted.

The three original members were Nam Gyu Ri, Lee Boram, Kim Yeon Ji. Although they were all between the ages of 19 to 21 during auditions, they all had a strong vocal power. The name of the group comes from ‘See U Always,’ which means that the band wishes to live eternally through their music for their fans. The members of the trio underwent intense training for a year and half studying under some of the best singers and producers in K-pop.

They released three studio albums, have been featured in drama OSTs and have also collaborated with other singers like Brown Eyed Girls, Da Vichi and T-ara. In 2009, leader Nam Gyu Ri left the group early this year to pursue her interest in acting.

After Nam Gyu Ri left, they collaborated with Da Vichi and JiYeon from T-ara for the digital single “Women’s Generation” that gained popularity because of the cheerful music and the motivational lyrics.

In October 2009, it was announced that a new member, Soo Mi, would join the group, bringing them to three members once again. They released a new mini album “Rebloom” with the track title “His Voice”. However, Soo Mi made the decision to leave to join the rookie group Co-Ed, which is under the same company.

According to a representative from Core Contents Media, Kim Yeoji and Lee Boram approached the company and requested that the two members go their separate ways. Core Content Media CEO agreed to fulfill their request. As a result, SeeYa released their last album in January 10 2011 with the song “You Are Gorgeous To Me” and another new song “The Last” together with SeeYa’s Best Hits.

Nam Gyuri rejoined the group and participated in SeeYa’s Final album “See You Again”. After Nam Gyuri heard the groups official disbandment, Nam Gyuri gave a statement saying “I want to remain a member of SeeYa till the end, as my close relationship with Yeonji and Boram, I would love to join them for this last beautiful ending, which is why I decided to join them for this last album.”

She participated in the music video of their title song in which Boram and Yeonji will also be in. SeeYa greeted their fans with a final farewell and formally disbanded after their performance on the January 30th episode of SBS’s “Inkigayo.”

See Ya was the first female idol vocal group in Korea with many similar girl groups debuting after them. They started out very strong and went through many ups and downs in their years active. Boram and Yeonji are definitely talented enough to go on as solo singers. We wish them the very best in their future endeavor.

in the K-pop scene created
See Ya
tribute
How does this article make you feel?