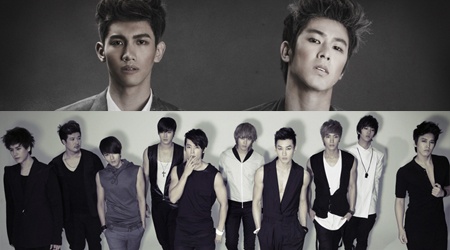 SM Entertainment to Produce Drama “To the Beautiful You”

Idol powerhouse SM Entertainment – the agency that has created H.O.T., S.E.S., DBSK, SNSD, SHINee, Super Junior, etc. – will be producing the drama “To the Beautiful You.” “To the Beautiful You” is a Korean adaptation to the mega-popular Japanese manga “Hana Kimi”, which sold over 17 million copies. The manga has had a Japanese drama version created in 2007 and a Taiwanese version produced in 2006. Both versions were extremely popular. The story is about Mijukiga, an extreme fan girl of athlete Sano, who moves from her home in America to Japan where Sano lives. She impersonates a guy to attend Sano’s boys only high school. The drama will detail the lives of the school’s pretty boys. SM Entertainment has a slew of good-looking male idol stars who would be perfect for the parts.

SM’s idols are popular all over Asia and with them casted as main leads, producers are expecting a good profit from selling the drama overseas. Additionally, trainees and recently debuted idol members will be able to gain exposure. The only problem lies in casting and acting skills. Whenever idols were casted as leads for a drama, their acting skills, or lack thereof, were always pointed out. Furthermore, most idol-casted dramas were unable to achieve strong viewer ratings.

Also, because it is SM that is producing the drama, the cast, as well as music artists for their original soundtrack (OST), will probably be from SM. Some viewers may be turned off by all the affiliation with SM. The drama is set for a summer broadcast and fans are already speculating who will be casted as its leads.

Super Junior
Hana Kimi
SM Entertainment
How does this article make you feel?