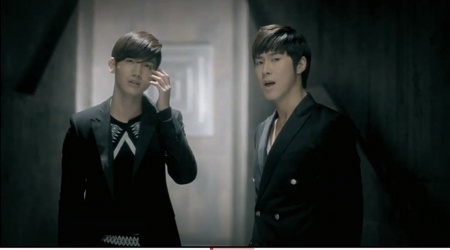 DBSK Releases MV For "Before You Go"

SM Entertainment’s youtube channel released the music video for DBSK’s “Before You Go” today. After releasing the teaser the other day, it became highly anticipated due to looking like a high budget action drama. Starring alongside Yunho and Changmin in the video are Go Ara and Choi Jong Yoon.

“Before You Go” is a new R&B song from their repackaged album. They will begin promotions of the song this week as well.

Choi Jong Yoon
Go Ara
How does this article make you feel?