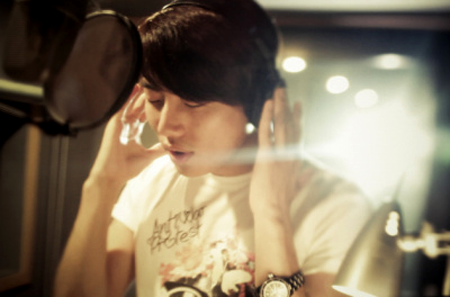 Under The Radar – JQ

Last month, I had the chance to send a few questions for JQ to answer for this month’s “Under The Radar” article. If you’ve just joined me with the “Under The Radar” articles, these articles are posted monthly in rotation (male solo, female solo, male group, female group and mixed group). The articles include the profile, biography, discography and videos of each underground/underrated Korean artist that is featured for the month.

JQ, which stands for Jubilant Qualified, is not only a rapper but also a great producer, lyricist, and composer. Debuting in 2007 with his first solo single, JQ has risen in the music industry where he has had the opportunity to be SM’s Shinee’s and f(x)’s rap coach. He says that working with them is an exciting experience as he believes he can learn a lot from them as well.

JQ lists Kanye West, MC Sniper, and Psy as his musical influences. He likes Kanye West’s style of music, which he believes to be very unique, and Psy’s charismatic stage presence, as it gets the crowds excited. He also looks up to MC Sniper as his idol and teacher. Along with that, his inspiration for composing comes from his past experiences, which however, he didn’t specifically list. JQ’s music genre is undoubtedly rap. Sometimes his rap is smooth and relaxing while at times, it is sharp and fierce.

JQ has also done a number of collaborations. He mentioned that Han So Ah was one of his favorite people to work with because he saw the potential she had as an artist. As for future collabs, he would like to work with Far East Movement.

But something that we can actually look forward to is JQ’s upcoming mini album, which he is hoping to release in the summer of 2011. As for now, we can expect to continue to see JQ working hard in the music industry as he has grown a lot since his debut. Over these years, he says his greatest challenge was to stick to producing the music that he loves and that his greatest achievement was making enough money to buy his parents a house. Let’s hope that JQ can continue to remain true to what he does and achieve even greater things in his career.

I also asked JQ a couple of fun little questions, just to get to know his other interests or favorites. Here are some of them listed below:

4. Place(s) you’d like to travel to?
Trip around the world

5. Your motto?
Let’s enjoy our lives to the fullest.

JQ ft. Nuoliunce – Melody (Without U)

JQ
Under the Radar
How does this article make you feel?