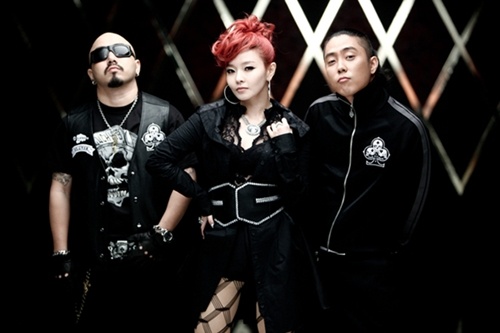 Former Sechs Kies leader Eun Ji Won is set to return as a singer through a new project group called “Clover.” Eun’s first group activity since Sechs Kies disbanded over 10 years ago, “Clover” will be a collaboration group with rappers Gil Me and Typhoon.

“I’ve been working with these guys (Gil Me and Typhoon) for a long time and I thought it would be nice to form a group with them since we like the same type of music. This project album won’t just be a trendy, pop style album, but will have tracks of our own style,” Eun said through his agency, G.Y.M Entertainment.

Clover’s new single, “La Vida Loca,” will first make a teaser release on Mar. 28th before being released in a mini album on Mar. 31st. The group is scheduled to make their debut performance on KBS “Music Bank” on April 1st.

Eun Ji Won, who led the first wave of popular KPOP idol groups with Sechs Kies, has been enjoying more popularity as a regular member of KBS “1 Night and 2 Days” lately. His last solo track, “You’re My V.I.P,” was released in July, 2010 but he hasn’t been involved in any group activities since Sechs Kies. Sechs Kies is a six member boy group that debuted in 1997. Their hit singles include “Hak Won Byul Gok (Special School Song),” “Couple,” and “Ye Gam (Premonition).”

Eun Ji Won
Typhoon
How does this article make you feel?