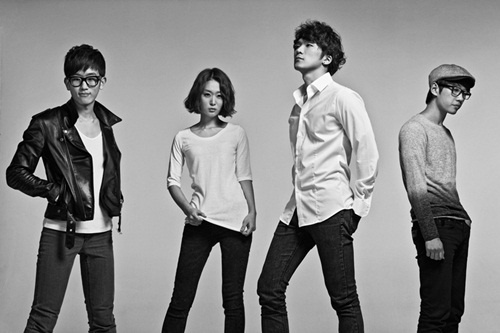 Indie band, Monni, known for their crazy vocals and live performances, has returned with their third album, “Just One Trip” today in Korea. It’s only been nine months since their last full-length album, exciting fans all the more!

There are a total of eight songs, with the title track being “Don’t Hesitate,” a warm, medium-tempo number with a hopeful message about having no regrets and having a confident attitude.

Also included in the album is an acoustic number, “Sunshine” where bassist, Lee In Kyung lends her vocals to produce a mellow, yet appealing duet song, and Just One Trip,” another gorgeous number featuring Dear Cloud’s vocalist, Nine. Last but not least, the album also has “Eternal Summer” and “In Front of the House Where You Left,” both of which were previously released as a digital single back in December.

Monni will kick off their promotions with a joint concert with 10cm and Daybreak at the Mapo Art Center on April 2nd, 3rd, and 4th.

Check out some of Monni’s live performances below:

In Front of the House Where You Left LIVE