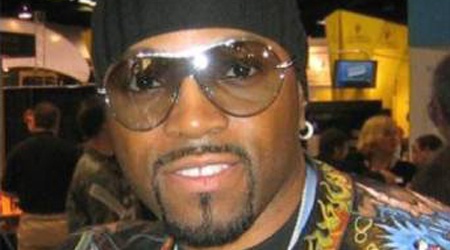 Recently, Teddy Riley tweeted, “I’m gonna be going out to Korea to support RANIA on the 20th” (twitter.com/teddyriley1). Teddy Riley is more than RANIA’s executive producer; he is the key decision maker in deciding their concepts, choreographies, and their wardrobes. The group consists of seven international members: Seam, Riko, Jooyi, Di, Joy, T-ae, and Xia who hail from Korea, Japan, China, and Thailand. After four years of training, RANIA finally debuted with their Dr. Fell Good last week.

RANIA’s showcase performance and music video has had over 200,000 clicks on YouTube, and close friends of Teddy Riley said he could not hide his amazement at the influence kpop has around the world. It’s been said that Michael Jackson’s nephew will accompany Teddy Riley to Korea. His love for his pupils is great as he is willing to make a long journey just to support his girls, and he sure does look happy surrounded by seven talented sexy beauties.