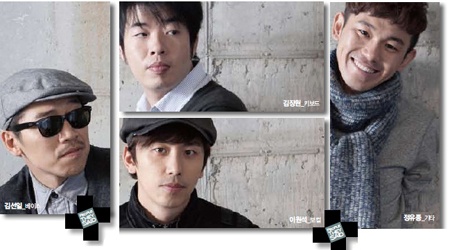 Indie band Daybreak is releasing their first digital single Mr. Rolling Stone on April 19th. Daybreak has two hits under its belt including Like It and Raising and Letting Go and has earned the nickname “awesome live singers.” Go.Fans can expect more from this amazing indie group as they plan on releasing their third full album this coming fall.

The lyrics for Mr. Rolling Stone describe the unpleasant and annoying feeling we get when there’s a pebble in our shoes. The song sends a positive message that we should try our hardest no matter how difficult the work is.

Daybreak’s new digital single is a rock and roll number. The members of Daybreak include: Jung You Jong (guitar), Kim Jang Won (keyboard), Kim Sun Il (bass), and Lee Won Suk (vocal). The perfect blend of the four talents give off a uniquely Daybreak feel to their music.

Daybreak in a nutshell:

Daybreak
Kim Jang Won
miscellaneous
How does this article make you feel?