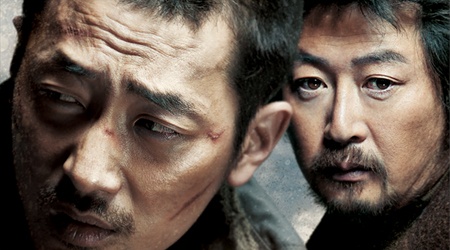 Several Koreans – such as directors Hong Sang Soo and Kim Ki Duk, as well as actors Ha Jung Woo and Kim Yoon Suk – will once again walk the red carpet at Cannes. Director Na Hong Jin’s The Yellow Sea, Hong Sang Soo’s The Day He Arrives, and Kim Ki Duk’s Arirang have been invited to screen at the Un Certain Regard category at the 64th Cannes Film Festival. Additionally, director Son Tae Kyum’s Night Flight made it to the student category called the Cine Foundation.

Most of the Koreans heading to the 64th Cannes Film Festival have quite a history with the event. This is the seventh time Hong Sang Soo’s work has been invited to the Cannes International Film Festival; and it is also Kim Ki Duk’s first work since Breath in 2007. Director Na Hong Jin’s The Chaser made it to the Midnight Screenings in 2008. Actor Ha Jung Woo of The Yellow Sea has been to Cannes before with films The Unforgiven, Breath, and The Chaser.

Additionally, directors Boon Joon Ho and Lee Chang Dong will decide the fate of some of the key prizes at the 64th Cannes Film Festival as they are part of the judging panel. Boon will head the jury for Camera d’Or, and Lee will be part of the jury for the Cannes’s Critics Week section. While the Korean movies failed to enter Cannes’s main competition this year, there’s no denying the fact that Korean movies are gaining prominence internationally.