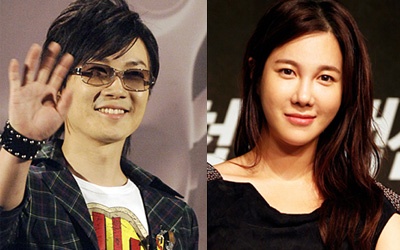 Seo Taiji (39 years old and real name: Jung Hyun Cheol) currently in a divorce lawsuit with actress Lee Ji Ah (Who is well-known for her role in Athena and also for being in a relationship with Jung Woo Sung, she is currently 33 years old and her real name is Kim Ji Ah)

[Update] According to Heraldbiz.com, Seo Taiji and Lee Ji Ah have two children and currently there is no lawsuit for custody.

According to Kooki News, a person that is related to the lawsuit has stated, “Currently Lee Ji Ah has asked for about $ 5 Million dollars (5,000,000,000 Won),” “Lee Ji Ah and Seo Taiji were legally married in 1997.” Lee Ji Ah’s celebrity age indicates that she was born in 1981, so she would have been 16 at the time of the marriage. However, sources have indicated that this is her “celebrity age” and at the time she was probably twenty years old. (Therefore they would have been married for fourteen years)

On April 18th at the Seoul Family Courts, there was a second trial and this fact has been revealed carefully. This past january Lee Ji Ah had filed a lawsuit for alimony and division of posessions, both sides have two trials in March and in April. There are three to four lawyers representing each side.

The reason that this news hasn’t reached the public eariler is because both top stars were carefully carrying on the lawsuit in secret. It was especially difficult to in Lee Ji Ah’s case because all of her information that is public and her true personal information are different. Currently people are assuming that the reason their secretive marriage life has ended in divorce is because of Lee Ji Ah’s current well-known relationship with Jung Woo Sung. In March it was announced that Lee Ji Ah is dating fellow “Athena: Goddess of War” actor Jung Woo Sung.