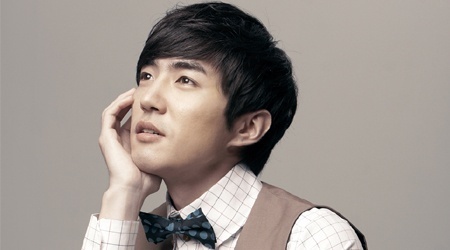 Danny Ahn and Fellow g.o.d. Members to Have a Reunion at “Music Bank”

Singer-turned-actor Danny Ahn has quite a busy schedule in front of him. He is currently waiting his May theatrical release of suspense thriller Head. On April 21st, his management agency Sidus HQ also stated, “Danny Ahn will join Son Ho Young and Kim Tae Woo on stage at Music Bank to sing their hit g.o.d. song Lies.”

Danny Ahn will appear on the 600th special episode of Music Bank, which will air April 22nd. Lies is one of the most popular g.o.d. songs from their third album released in 2000. Representatives of Sidus HQ stated, “Fans were able to see the members together in various variety programs; but this will be their first time together on a music stage since 2006.”

The former g.o.d. rapper added, “It’s been so long since we’ve sang together, so I’m extremely nervous and excited. Most importantly, I’m really happy. We’ve all been so busy with our own activities, and it’s exciting to stand on the same stage again.”

Danny Ahn’s been busy with various acting projects like dramas Chuno (2007) and Runaway: Plan B (2010), as well as movies Crazy Waiting (2007) and Head (2011). Head will open in theaters sometime this coming May. The movie stars Park Ye Jin, Baek Yoon Sik, Ryu Duk Hwan, and Oh Dal Soo. The suspense thriller tells the story about the people involved in a strange incident where a professor’s head goes missing. Danny Ahn will play the role of a star reporter.