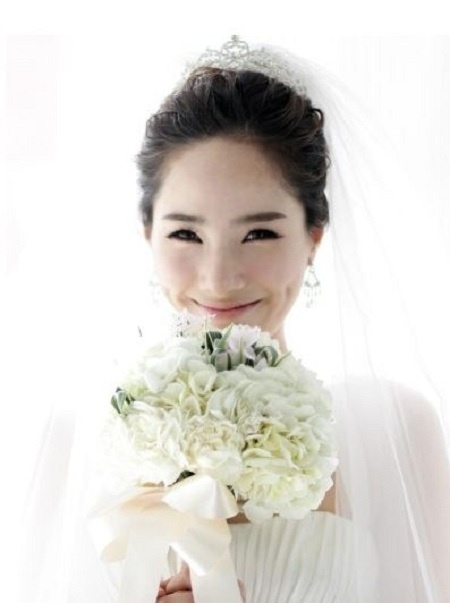 On April 24rth, former KARA member Kim Sung Hee (22) released her wedding photo on her cyworld homepage. She placed the wedding photo of her and fiancé Yang Won Joon (31) as her profile picture and commented, “A man and a woman came together to become a family.” Yang Won Joon is the son of voice actor Yang Ji Woon.

Kim Sung Hee was one of the original KARA members and was popular for her sexy image as well as powerful dancing skills. She left the group in 2008 to concentrate on her studies, and is currently helping trainees with their vocal trainings.

The two met in 2008 at a religious group and have continued to blossom their relationship despite their nine year age gap. The two will tie the knot on May 7th.

KARA
Kim Sung Hee
How does this article make you feel?