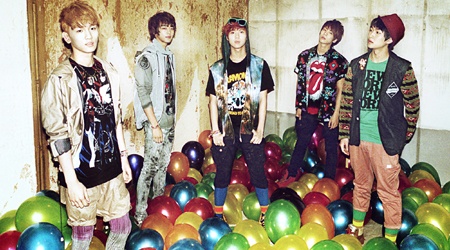 SHINee will perform live at London’s Abbey Road Studios on June 19th, becoming the first Asian artist to do so at the historic recording studios made famous by the Beatles. This concert is set up to celebrate SHINee’s Japanese debut on June 22nd when the group’s first Japanese single “Replay” will be released (See related news here). This concert will officially kick start SHINee’s Japanese promotions as the boy band will go on a Japan tour in the following month visiting Tokyo, Osaka, Nagoya, Fukuoka, and Sapporo. SHINee is already quite popular in Japan as they gave a live concert to an amassed crowd of 24,000 at the Yoyogi Stadium last December. EMI Japan, the management agency for SHINee’s Japanese activities, is in charge of the group’s concert at Abbey Road Studios, where the likes of Stevie Wonder, Bryan Adams, Coldplay, and Robbie Williams have performed in the past. Meanwhile, SHINee’s Japanese debut track “Replay” will be available in ringtones starting from Apr. 28th.

hurlkie@soompi contributed to this article

SHINee
Abbey Road Studios
How does this article make you feel?