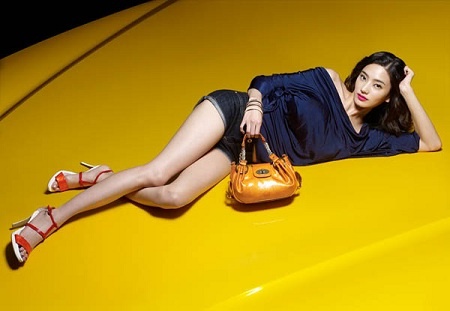 In the paparazzi photos, Han is seen enjoying her time shopping with her manager. Her Barbie-like figure is hard to miss even when it’s covered up in a mid-sleeve shirt and jeans, and the pictures are perfect enough to be used for a jean commercial.

Netizens have commented, “she’s a goddess,” and “she looks like she’s shooting a photo shoot.” Han Chae Young was also spotted at a Samsung Lions vs. Doosan Bears baseball game with her husband on April 27th. Her beauty managed to stand out from a crowd of several hundred and was captured by SBS ESPN’s camera.