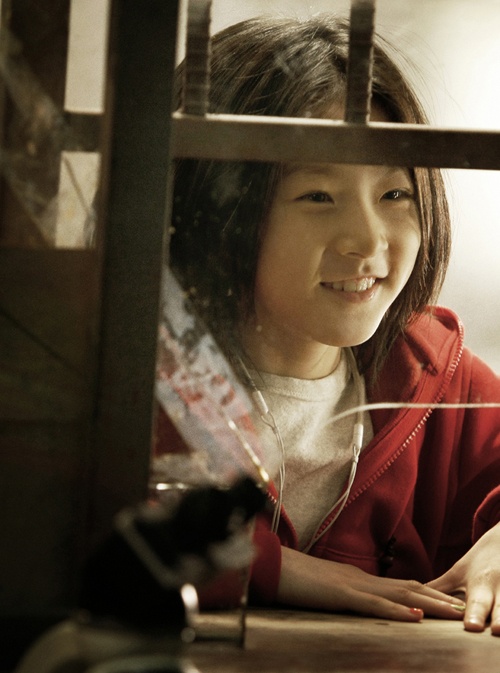 Kim Sae Ron in real life also calls Wonbin “Ajhussi” (In the Korean context, this word is used to describe somebody older than you by a lot, it is humorous because she could call Won Bin “Oppa” instead) She gets texts from Won Bin and she told Jung Yup that “Because of my studies at school, I often miss the texts that Won Bin sends me.” The director of Ajhussi Lee Jeong-beom told Kim Sae Ron, “You’re probably the only person in South Korea that ignores Won Bin’s texts.”

Kim Sae Ron also briefly talked about her personal life, “I don’t have much time to spend with my friends and this is regrettable. However, I enjoy both studying and acting. Because I enjoy these activities I can persevere.”

Kim Sae Ron appeared on the films “I Am Dad,” “The Man from Nowhere,” and “A Brand New Life.” Currently she is also on the weekend drama “Can you Hear my Heart?” and plays the role of Hwang Jeong Eum’s younger self.

Can You Hear My Heart
Kim Sae Ron
The Man from Nowhere
Won Bin
miscellaneous
How does this article make you feel?