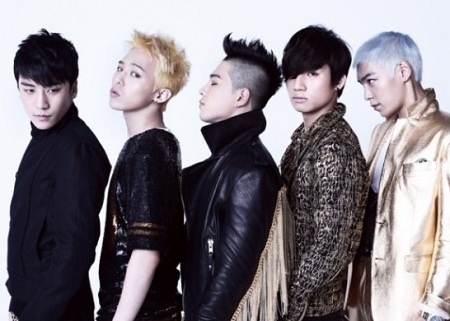 You’ve heard of Big Bang, but are you aware of a group called Pig Bang? Five famous Japanese comedians teamed up to form a parody group of the mega-popular Korean boy band. They caused a sensation by releasing an edited version of Big Bang’s Japanese music video for “Tonight.” The comedians cut and pasted their faces over the faces of the original five members.

Representatives of Pig Bang stated, “Pig Bang was formed to support Big Bang’s activities in Japan.” The comedians are promoting the group and their parodies on their regular shows, familiarizing the Japanese public with Big Bang. They also plan on holding guerilla events as a group.

Big Bang will begin their “Love and Hope Tour” this coming Tuesday (May 10th) in the following three Japanese cities: Osaka, Nagoya, and Chiba.

Big Bang
comedians
Parody
How does this article make you feel?