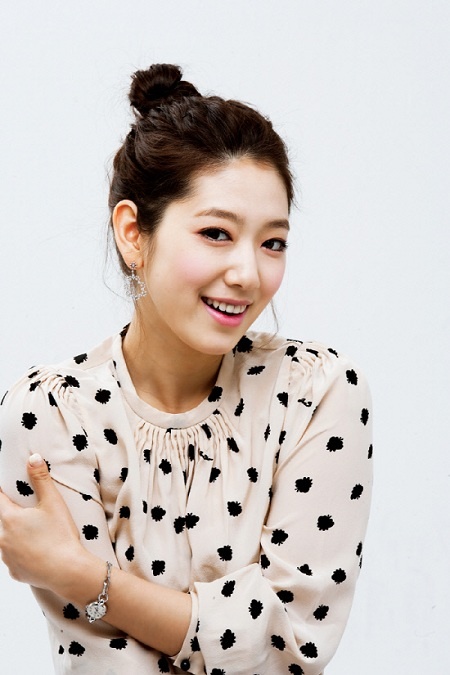 Park Shin Hye arrived in Beijing on May 6th to attend the annual Tokyo Girls Collection fashion show where she was invited to walk the runway. Tokyo Girl Collection (abbreviated TGC) is a semiannual fashion show that showcases fashionable streetwear by Japanese brands and introduces the public to the Japanese fashion culture.

The young actress rocked the runway with her bright and confident personality. She became the epitome of summer with a bright smile, bouncy haircut, and a short blue romper by Coco Deal. Park Shin Hye also transformed into a sophisticated urban lady with a summer trenchcoat by Dress Camp.

Representatives of TGC stated, “Park Shin Hye has established herself as a hallyu star and familiarized herself with the Japanese public through drama ‘You’re Beautiful’ and movie ‘Cyrano Love Agency. We invited her to model for the event because she matched the concept of this year’s fashion show.”

Upon her return from Beijing, Park Shin Hye stated, “I had no idea I would receive so much love from China. I thank all the fans who came out to the airport to support me. Thank you so much!”