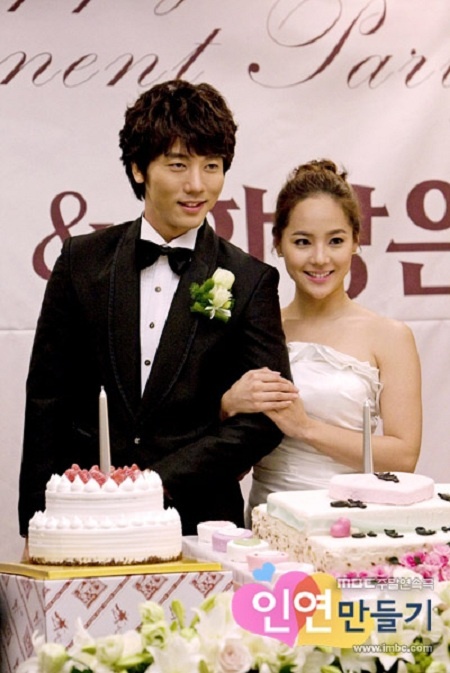 Eugene of former idol group S.E.S is getting married this July with fellow actor Ki Tae Young, the couple announced through their respective fan club sites today. Eugene wrote on her official fan site this morning that “My wish of getting married before 33 years old will become true. I found someone I want to spend the rest of my life with. (MBC Drama) ‘Creating Destiny’ has given us a truly special relationship.” Ki Tae Young also posted on his fan site earlier today that “Now I feel like it’s time to find someone special to be with. I’m getting married in July. The wife and family I dreamed of—I found that special someone to help me realize that dream.” After appearing as a married couple in MBC drama “Creating Destiny,” Eugene and Ki Tae Young started dating for about a year and half since January, 2010. The couple will get married on July 23rd at a church just outside of Seoul.

After news of their marriage got released, video footage of Eugene celebrating Ki Tae Young’s birthday together in 2009 has started to surface on the Internet today. In the video (see photos below), fans prepared a gift for Ki Tae Young and as he unwrapped it, Eugene shocked the actor by showing up inside the box holding a cake. This was before the two started dating officially and fans are speculating if their relationship in fact started prior to 2010. Either way, it’s our pleasure to see another star couple tie the knot and we hope for the two to live happily ever after!